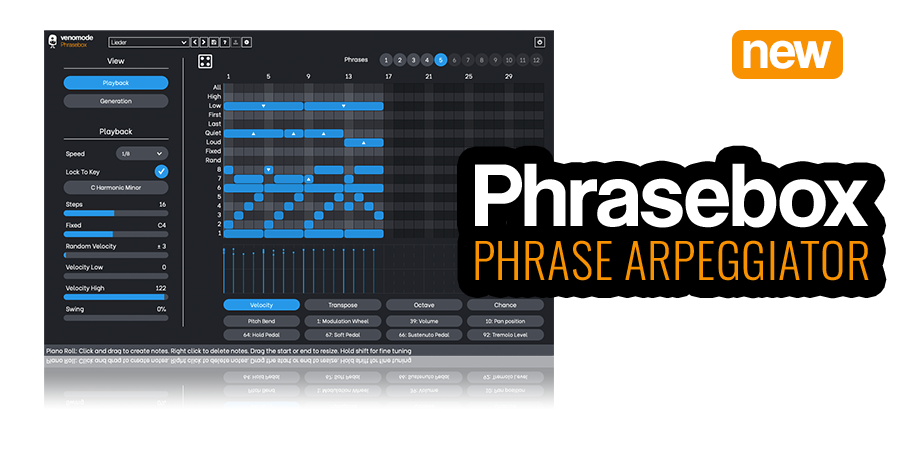 Phrasebox is a phrase arpeggiator which lets you craft expressive sequences from simple MIDI chords.

We're happy to announce the availability of Linux versions of all our plugins. You can now run all Venomode plugins in Ubuntu 18.04 and later.

Complexer 2 has just been released from early access. Complexer 2 takes the multi-stage compressor format of the original and turns it up to 11.